If you take a walk in the Leon Levy Preserve in Lewisboro, 383-acres off of Route 123 and just south of Route 35, and notice nothing but the trees, it would not be surprising.

Much of the land that makes up the preserve was purchased in 1890 by James Mason Crafts, a renowned chemist and former president of MIT. So, the trees have been protected for a long time – at least thirty years longer than at the Ward Pound Ridge Reservation, which was set aside in 1925.

Those extra decades – of protection and growth – seem evident, at least to this visitor. As you make the short climb to the trails, you are quickly surrounded by trees: towering tulip trees and oaks; and the tallest American beeches I can ever remember seeing. This is not an old-growth forest, but it has been spared timbering for as long as any property in Westchester. The land is a succession of ridges or rocky outcrops and the trails run up and alongside them so you have the feeling of being enveloped by trees. They are both below and above you. In November, before all the leaves have fallen, these trees are recognizable by their leaves. But in winter, they would also make themselves known by their bark: the “ski tracks” of the red oaks; the smooth elephant grey of the American beech.

Just at the point when I was registering the unusual diversity and growth of the forest around me, I came across a sign on “Forest Stewardship” — that was particularly effective at linking our native trees to our birdlife. The sign explains that invasive species such as winged euonymus and Norway maples are being removed from the preserve, species that were intentionally brought to the U.S. for the horticultural trade and prized because bugs such as caterpillars don’t eat them. Which is “exactly why they are bad for our ecosystem.” Over ninety percent of a baby bird’s diet is caterpillars, so fewer caterpillars equals fewer birds. It’s just that simple. The sign lists the number of caterpillar species that our native trees support: (534 for oaks, for instance; and 456 for cherries) and tells visitors they can help restore our forests by managing their backyard as if it was an extension of the preserve: plant native plants that benefit wildlife.

But if you walk the Preserve and notice just the trees, you will be missing out on the very colorful history of this property.

For reasons unknown — though he must have had some connection to the area, James Craft, one of the most prominent chemists of his time, who did research in France in addition to being a professor at Cornell and president of MIT from 1898 to 1900, decided to build his summer home here, on top of the property’s 700- foot hill, with views, at the time, extending to the Long Island Sound. He was the first of the “city people” or “outsiders” to build in the area, says town historian Maureen Koehl; yet he formed a connection to the town, serving on the library board and warden of St. Paul’s Episcopal church.

Crafts built a large shingle-and-fieldstone house for his family and electrified it – in the days before the grid — with acetylene gas. This technique turns out to be more environmentally friendly than coal-generated electricity in that it releases less carbon dioxide but much more dangerous given that the gas is highly flammable and came in pressurized containers. Crafts also built a lab for his on-going experiments and other outbuildings whose foundations still dot the land and provide great exploring for young children. He also used the stones that he found on his glacially-scraped hilltop to create a carriage road that runs down to a deep gorge that separates our two watersheds: the one flowing into the Long Island Sound; the other, the Hudson River. Perhaps the most unusual thing on the Preserve property is the eight-foot stone bridge that Crafts built to span the gorge. The current stewards of the Preserve, led by George Scott, have helped visitors appreciate the mastery of this mortar-free bridge by putting in steps – and a rope railing — to one side. The road leads to Lake Kitchawan on the eastern side of the preserve, a natural, glacially- formed lake where, by the way, mastodon bones were found in the 1980s. There were no houses on Lake Kitchawan at the time Crafts traveled his carriage road (though the area had once served as the winter home of the local Kitchawonk Indians), and I like to think he went there to swim.

After Crafts’ death in 1917, his estate sold his house and property to the Abram Kaplan family, which was in the sugar refining and timber business, and the last family to live in the house – and only for one season. Mrs. Kaplan found the house, too cold and drafty (never mind its electrical system) and the family moved to a nearby location, abandoning the Crafts’ house but leaving it fully furnished. In time, the house became a popular teenage hangout and was nicknamed the Black Mansion. There were reports of motorcycles racing up and down the staircases and furniture crashing through the windows until the party suddenly came to an end when the house burned – unintentionally, it is thought, in 1979.

Meanwhile, the Kaplans raised their family in the neighboring house, then sold their property – now over 300 acres — to developers. As a side note, one Kaplan son grew up to be a gun runner in Mexico, where he was arrested for murder and freed when his sister orchestrated a helicopter to land momentarily in the prison yard, the subject of a book and the 1975 movie Breakout. Sorry, El Chapo, this kind of stuff has been going on for a while.

Over the next decades, the Bell/Lyden Partnership presented several proposals to the Town of Lewisboro to develop the property — and to build up to 324 condominium units. Then, in 2005, after a preservation campaign on the part of the Lewisboro Land Trust, a chapter at the time of Westchester Land Trust, and other open space advocates in the community, the town was able to purchase the property from the developers with the help of monies from Lewisboro’s Open Space Bond Fund; New York City; the Dextra Baldwin McGonagle Foundation; and a very generous $5 million contribution from the Jerome Levy Foundation, whose benefactor lived in the area and became the namesake of the preserve. The six miles of walking and riding trails in the preserve are easy to moderate and there is a native plant garden at the entrance, maintained by the Lewisboro Land Trust – to brush up on your plant IDs, as well as a smaller section of trails – mostly meadow and swampland – on the east side of 123. 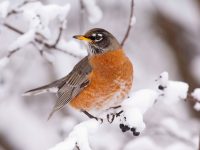 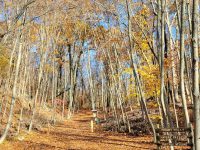 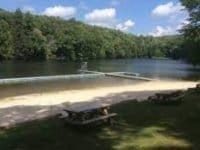 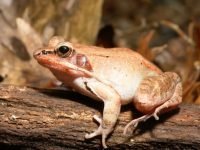