Fireflies are perhaps one of our most charismatic insects. A sure sign of summer, adults and children alike delight in their show at dusk as they hover over lawns, signalling for mates. The male offers a series of flashes and the female responds in turn. Like much in life, this does not always go as planned. Sometimes, after attracting the male, the female will eat him, a behavior known as “hawking”.

In any event, once emerging in early summer from their pupa, the firefly has but a few weeks to live. Its mission is to find a mate and lay eggs that will become fireflies in two years time. The longest phase of life for the firefly is the larval stage. You can see what it looks like below.

The most common firefly to New York is known as the big dipper firefly, because of the J-shaped arc of its flight.

Adult fireflies may not eat at all, if they do, their diet consists of nectar and pollen. Occasionally, they will eat each other. When in the larvae stage, they are voracious eaters and are equipped with toxins that enable them to eat snails, slugs, earthworms and more.

They need moist to damp areas for survival. Often they will be found in meadows, near streams, back yards, and near the margins of woodlands.

Eggs are laid in moist soil and emit a very faint glow. After four weeks, they hatch as larvae. For two years the larvae will eat and grow, before going underground to pupate. In early summer the metamorphosis is complete and the firefly emerges.  It will seek a mate to breed in the few short remaining weeks of its life.

They help to control populations of snails and slugs.

This bio-luminescent beetle produces light by blending a cocktail of two chemicals—luceferin and luciferase—in a specialized organ known as their lantern.

How You Can Help

Please do not use pesticides. They will kill the firefly. 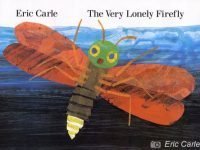 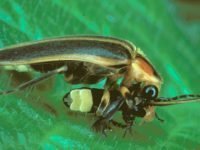 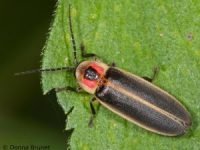