A member of the daisy/aster family this perennial native can grow to three feet in height. Its attractive flowers, resistance to drought and appeal to butterflies also make it a good choice for the garden.

Yarrow has a long history with mankind having been found in prehistoric burial sites, used as a flavoring for beers, and as an active ingredient in traditional medicine. The genus Achillea derives from the mythical Greek hero, Achilles. Homer wrote that Achilles used this flower on the battlefields of Troy to staunch blood from the wounds of his soldiers. Yarrow does contain salicylic acid, which is a component of aspirin. Native Americans knew of its usefulness for pain relief. The Chinese used it for magic! 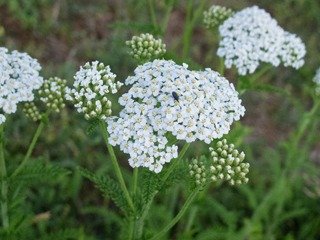 The leaves are alternate and 3-5 inches long with many leaflets, giving them a fern-like appearance.

This plant can cause skin rashes. It is toxic to animals.

It can be found in well drained soils in full sun, but also in other less than ideal conditions. It is resistant to drought.

This is a valuable flower to many butterflies and other insects. Deer and rabbit resistant.

This is a good garden plant and you can find attractive cultivars for your sale with varying colored flowers. It can be used in fresh or dry arrangements and has a pleasing fragrance. 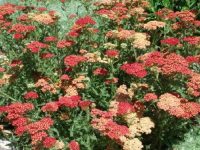 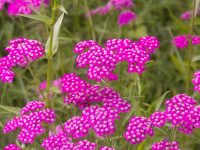 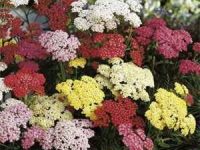 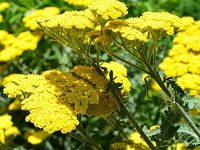 More on Flowers and Grasses in Lewisboro