The Frederick P. Rose and Rockshelter Preserves cover 105 acres of woods and wetlands, and are home to several rare amphibians and reptiles. In addition to the different habitats, hikers will encounter old stone walls and the ruins of old buildings that were part of a 19th century farm. The preserves, owned by Westchester Land Trust, comprise several parcels, including a major donation by Adam R. Rose of Cross River, who dedicated it to the memory of his father, the philanthropist, Frederick P. Rose. The preserves are open for hiking and horseback riding.

Beginning at the entrance on North Salem Road, the trail passes the ruins of a house and barn that were part of Brady Farm in the early 1900s. It then winds past stream corridors, forested wetland systems, and upland forest. An old farm road heads north toward Chapel Road, where there are additional farm and house foundations. 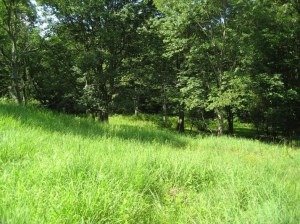 Parking is on Todd Road 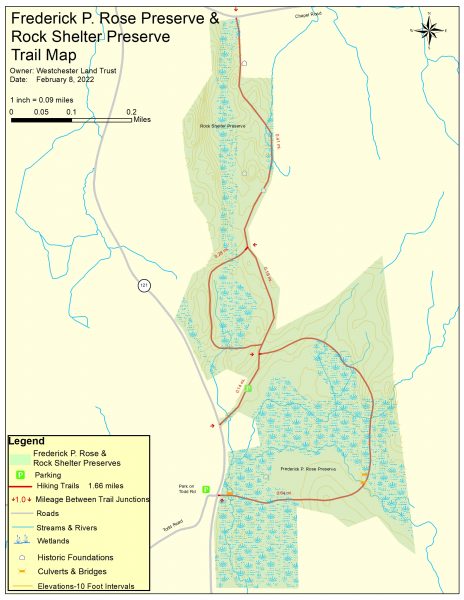