The Mildred E. Grierson Memorial Wildlife Sanctuary, and the Marian Yarrow Preserve the Mount Holly Preserve are all owned and managed by The Lewisboro Land Trust. These three preserves make up the Indian Brook Assemblage, consisting of over 130 acres and 4.5 miles of trails.

The Mildred E. Grierson Preserve was donated by Stanley O. Grierson, a local naturalist and educator, in memory of his mother. The preserve features a five-acre, spring-fed marsh pond, unusual for its alkaline waters. The beginning of the trail is level, then becomes somewhat steep. It leads behind the pond to a bridge where ducks nest. This is a secluded area, good for bird watching.

Directions: The Preserve entrance is on Todd Road, 100 yards east of Mt. Holly Road. Park on the road. It can also be accessed from the Orange Trail of the Marian Yarrow Preserve.

The Marian Yarrow Preserve’s first 47 acres were donated by Mr. and Mrs. Wilson P. Foss in 1975 in memory of Mr. Foss’s mother, Marian Yarrow, and Henry and Nannette Foss Orr donated the remaining 31 acres in 2001. Today, the preserve comprises almost 80 acres and has over 2 miles of trails. The hiking level is moderate.The highlights are a hidden lake, upland forest of black birch, white and red oak, white ash, large tooth aspen, wetlands and a stream with a 30-foot waterfall.

Directions: The Preserve entrance is on the east side of Mt. Holly Road, 0.3 mi. south of Todd Road and 0.3 mi. north of the intersection of Holly Hill Lane. There is some off-road parking.

The Mt. Holly Preserve was donated to The Nature Conservancy in 1975 by Frances Duncombe, who lived nearby. Susan and Leslie Simon donated an easement to access the preserve from Mt. Holly Road East. The preserve is over 50 acres, with 1.5 miles of trails. Trail level is moderate; there are some very steep areas. Highlights include meadow wildflowers, the Indian Brook, which flows along the eastern boundary south to the Cross River Reservoir, and large outcrops of cliffs made of 6-million-year old Fordham gneiss. 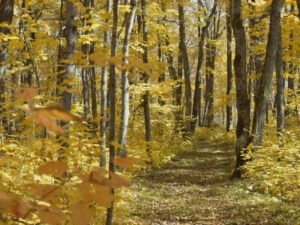 A nice area to view water features such as the pond and waterfall and all the wildlife that they attract. 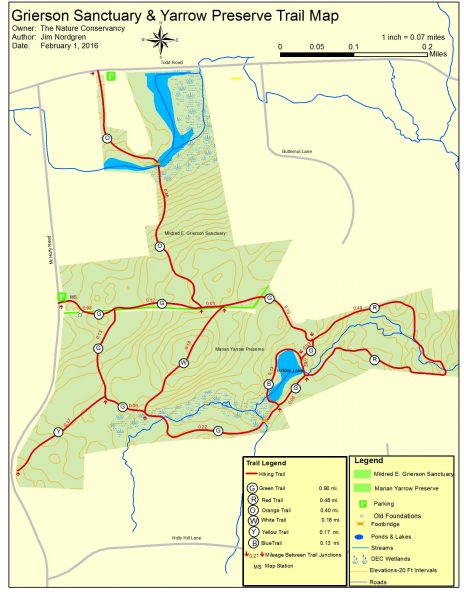