Mt. Holly Sanctuary is named for Jonah Holly, the first settler of the area, whose descendants farmed here from 1795. All but the steepest parts of the sanctuary were used as pastureland until the early 20th century. The Nature Conservancy, assisted by local residents, purchased this 209-acre property from the estate of Edward A. Norman in 1975. Mt. Holly Sanctuary’s rugged outcrops of bedrock rise to 621 feet, cradling a mixed deciduous forest of chestnut oak, black oak, and red oak.

For easy connections to Indian Brook Assemblage, on the east side of Mt. Holly Road, see map. 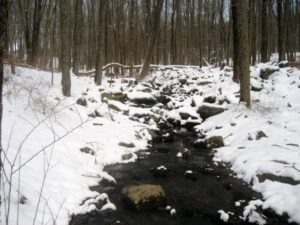 Extensive variety of terrain, habitat and hardwood forest dominated by oak and black birch. Sweet pepperbush, swamp azalea, and blueberry are in the wetland, with pileated woodpeckers in the sugar maple grove.  There are large rock outcroppings, stone walls throughout and an old barn foundation close to Todd Road. 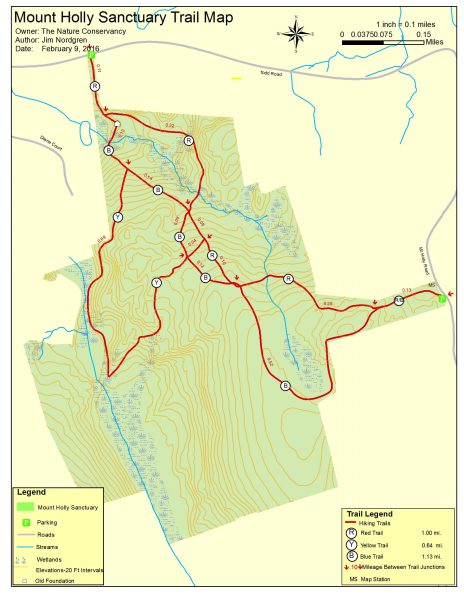