This beautiful native tree an be easily identified in the early spring as its showy white flowers attract attention before any of our deciduous trees produce leaves. Its branches grow horizontal to the ground. This tree grows in the understory of larger trees and is often found at the edge of a woodland, where it can find a little light.

In the 1980’s the dogwood was nearly wiped out by a fungus called dogwood anthracnose. It appears that the dogwoods that have survived and are growing in Old Field Preserve and elsewhere are somewhat resistant to this blight. The fungus thrives in shady moist conditions so dogwoods in full sunlight may not become infected. 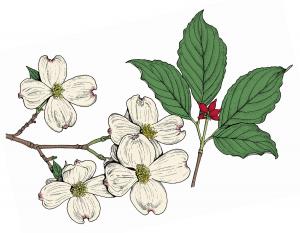 They are found on woodlands edges or other settings with broken shade and rich soil. More sun will result in more flowers and fall color.

The flowers and fruit are very important food sources for wildlife. It is recognized by pollination ecologists as attracting a large number of native bees. The bright scarlet foliage in fall is termed a ‘foliage flag’ because it gets the attention of migrating birds, calling them to fly down and eat the bright red berries.

The wood from this small tree is very hard, strong and shock resistant. You might be surprised to learn that it has been used in the manufacture of everything from tool handles to golf clubs.

The dogwood had numerous medicinal uses. It was used as a quinine substitute for reducing fevers, twigs were used to whiten teeth, teas were made from bark. Also, dyes were produced creating a scarlet dye for feathers!

How You Can Help

Most properties in this area have a suitable place for the small dogwood tree. Make sure to water frequently in the first year, as it gets established. Enjoy the beauty of its flowers and fruit and the wildlife it will attract.

Please do not plant the non-native Korean Dogwood. Instead your nursery will have beautiful disease-resistant cultivars of our American Dogwood. “Cherokee Chief” has a lovely pink flower, for example.

Dogwood trees improve the soil around them as their leaves decay rapidly. They have been used to rehabilitate areas that have been strip mined! 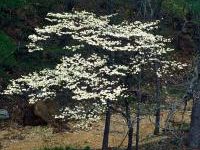 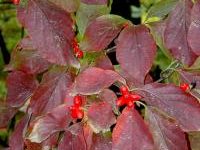 Berries in Fall
An important Source of
Food through Winter 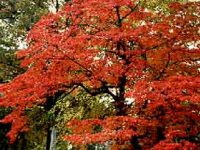 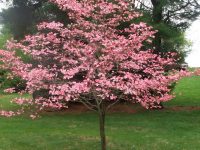